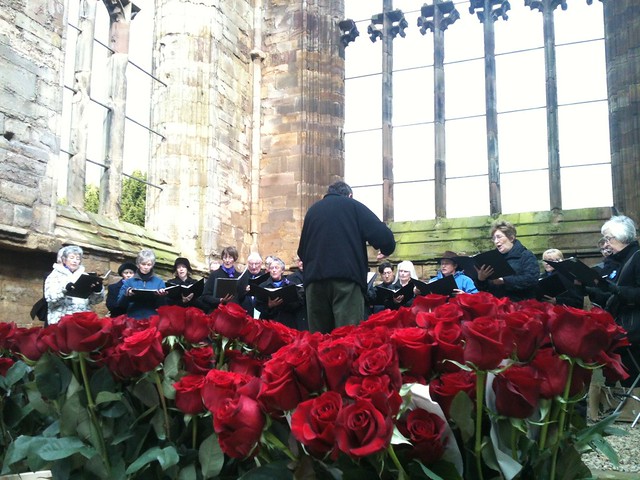 I had conversations about this project from Summer 2013, but it wasn’t until January 2014 that I had the chance to become actively involved. Fragments of Red was the third of three events that took place in the Scottish Borders abbeys of Jedburgh, Kelso and Melrose as part of The Fragments Project.

Taking as its inspiration a fragment of a medieval manuscript of monastic music recently discovered in Hawick (The Hawick Missal), the project invited ways of exploring the sites and the manuscript in new ways, from local writing groups and artists to composers and school children. Supported by Historic Scotland and Scottish Borders Council, it was devised and led by Tim Fitzpatrick of The Red Field. The performance was on 4th April, leading up to Easter and in keeping with the original time and setting for the Missal. 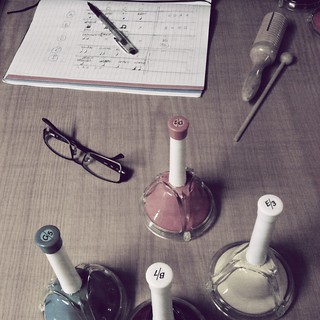 My own role was to work with P5-P7 children from Melrose Primary School to create music that referenced both Melrose Abbey and the Hawick Missal. This music was to be performed at the Fragments of Red event alongside new choral music by Grayston Ives and performances by Dudendance.

After a number of workshops that explored making music out of word rhythms inspired by the abbey, the children composed music for hand bells that referenced the scale of the Hawick Missal. This was then featured at the event as a call to gather the audience and lead them in a procession around Melrose Abbey between performances of the choral pieces. Finally, the children led everybody through the streets to Melrose Parish Church for concluding performances and recitals.

The children responded well to the project and enjoyed the creative and performance processes. As I had to work alongside an evolving format for the event, I decided on short repeating pieces that could be incorporated in a modular fashion according to the needs of the overall performance.

The hand bells ringing out in the ruins of the abbey at twilight were very atmospheric and the resulting performance by the children drew favourable comments as they concentrated hard and were absorbed by the event. My thanks to the children for giving up their time and to the school for their help. Jane Gaze, the Local Learning Officer for Melrose Abbey was an amazing facilitator and I was delighted to be working alongside her once again.